It's been a long time, but summer has been good even though no doubt our world has been thrown upside down. 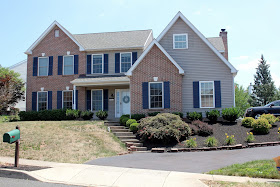 While I did mention we would be making the move from Philadelphia to Charlotte, just about four weeks ago we were told it was happening much soon than we had planned.  Within one week, I had our house cleaned up, non-essentials boxed to keep the house non-cluttered and Purple Heart out to pick up boxes of donations.  By the end of that week, our house was listed, thirteen showings and ten days later, we are thankfully under contract and praying nothing falls through.  We are still on the hunt for our own new home, but we are confident we will find the diamond in the rough.

In other less stressful news, we have been just having an amazing summer.  Ashlynn is becoming quite the swimmer and I am so thankful she has been taking weekly lessons at school.  I think being with her classmates really helps her succumb to peer pressure be brave and try things we might not be able to get her to do. 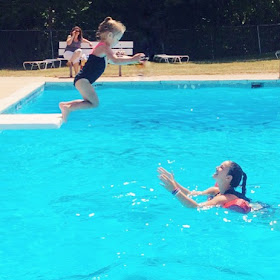 Kenley started gymnastics earlier in the summer and Ashlynn has moved up to the Kindergarten class.  We will miss our gym so much and hope we can find a program just as great in NC.  Kenley also has started preschool.  Technically it's still the school's "Summer Camp" program, but with our move, I thought it might be easier for her to adjust to pre-school at a school where she is already familiar with the teachers, instead of waiting until their little lives are shaken up by the move.  She had a fantastic first day and even got to play with Ashlynn on the playground.  Ashlynn has had a blast with weekly trips to the pool and field trips to local farms, nature preserves, the movie theater, and playgrounds.  She's still only been going two days a week, but she is more than ready to double that.  It's amazing how she's is turning into a full out little kid who tells jokes, asks 'why' non-stop, and really just the sweetest girl with the kindest heart. 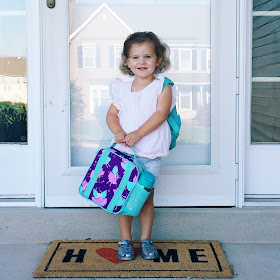 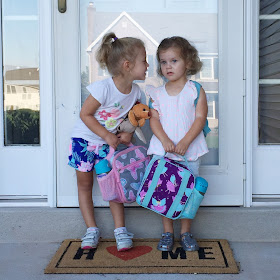 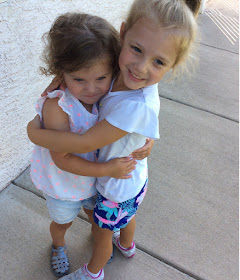 The girls had a dentist appointment last week, which was actually Kenley's first.  She jumped right up in that dentist chair and did amazing.  Being our strong-willed child, I was so proud of her.  Ashlynn followed suit and both had healthy teeth and great visit. 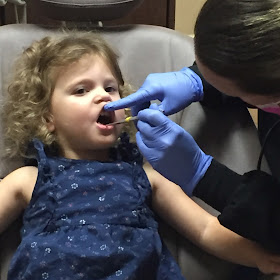 We let the girls stay up late for a neighborhood party last weekend, and they were doing so great we didn't even realize it was 11pm when we decided it was time to get them home.  They danced their little hearts out and capitalized on the plate of cookies left out on the patio table.  The next day called for crummy weather so we took the girls and their two favorite neighborhood babysitters out for bowling.  The girls had a lot of fun, and Ashlynn's highlight was getting to take photobooth pictures with our teenage neighbors who are pretty much her idols.  With the upcoming move I know it'll be a special keepsake for her childhood memories of PA. 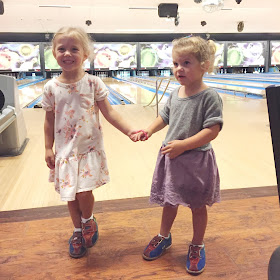 I hope to return to this little slice of the internet more frequently when time calms down. Until then, we'll be off having fun, getting in a beach vaca, and hopefully finding the perfect house ASAP!