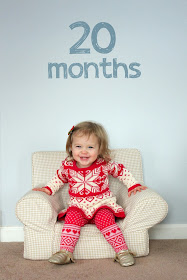 Ashlynn is 20 Months Old today.  I can't believe she's inching towards two, it really does seem like yesterday that she was the same size as Kenley, at the same time, I sometimes can't remember her physically being that small (and she was significantly smaller).

Says:
Getting her colors figured out and finally using two syllables more often to finish words, like "purple" instead just "purp".  She's almost able to count to five and she'll repeat back the alphabet after us (letter by letter).  She's into pointing out less popular body parts like her tongue, elbow, and neck.  And can properly identify a circle, but working on saying triangle and square. 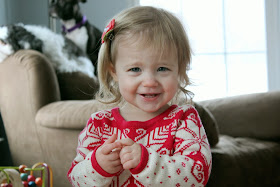 And she's really adorable when she says "happy" and "good girl".

Stats:
Only the addition of one more tooth.  12 total.  Still in size 3 diapers, wears size 4 at night.  Wearing 18-24 in almost everything. 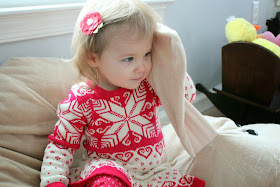 Loves:
Minnie Mouse, she's her homegirl.
Books, letting Daddy read longer ones before bed like Go Dog Go, his favorite.
Sissy, loves checking on her whenshe cries and helping mommy.
Coloring.  Stickers.  Christmas cards featuring dogs. Watching for and announcing the arrival of the mailman.  Calling her Bopo from her kitchen phone, which then turns into a real call from my her iPhone. 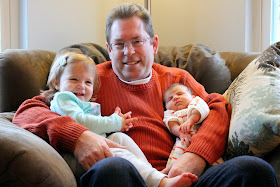 Hates:
Going to bed.  Bedtime routine is cool until you get to the crib and then she flips out.  Talking her through it is seeming to work (as in "we need to go to sleep so we can have fun and play tomorrow"), but there are still lots of tears and "Nooooo"s. 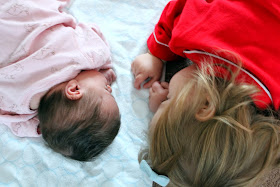 Also,  not being held and carried like a baby.

Sleeps:
Aside from going to bed, she sleeps alright.  Mostly through the night and lately until 7ish.  Still some nights with a wake up or some early mornings, but overall doing pretty good outside of actually laying down. 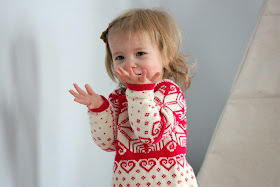 Eats:
Cereal.  Basically she has to eat whatever we eating, so now she eats cereal. With milk. 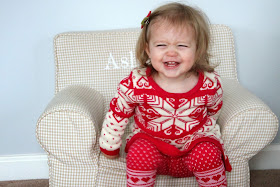 Still not crazy about animal protein, although we don't eat any pork or beef.  She loves eggs, oatmeal, noodles, pb and j sammies, and of course her fav, cheese.

(and seriously, just look at her!) 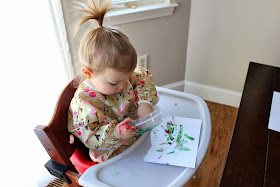 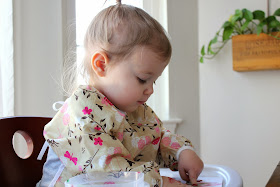 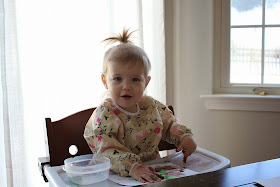 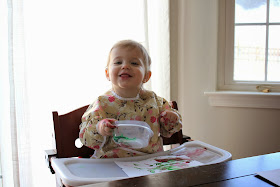 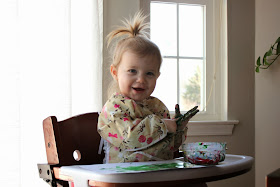 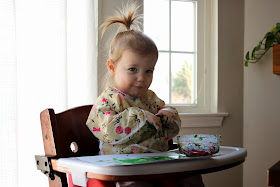 I'm really leaving out the biggest change of the addition of a little sister, but I've covered that in the weekly updates.  I love watching her be this little person and soaking in things like a sponge.  Not crazy about her increasing meltdowns, but so far they aren't anything I haven't expected or can't manage.   I can't wait to see her develop a bond and friendship with her baby sister.